As someone who lives with Type 1 Diabetes, I get on with regular life just with more complexity to deal with every day. But I’m not alone! To give you an overview of how widespread this condition is in Australia in 2018, I figured it was time for a recap.

The numbers I’m going to show here are extracted from the NDSS statistics for 31st March 2018. They provide us with a view of how many people with diabetes there are in Australia. There will of course be updated quarterly numbers available a month from now, but these are what I have to go on now.

Many people think that the distinctions between T1D and T2D are simple, and think things like:

In very broad strokes, T1D is caused by the body’s own immune system destroying those cells which produce insulin, while T2D involves the body not being able to fully process the insulin it produces. There seem to be genetic factors (and many more of course!) involved in both.

There are of course other variants of diabetes. Someone who has their pancreas removed or damaged will end up with diabetes, plus there are MODY, LADA, and other forms. I’m not going to cover all that here. Unfortunately still more people don’t realise there are different types, and think all diabetes is because you ate too many sweets. Again, NOT TRUE.

In April 2017 the Australian government delivered on an election promise and introduced fully-funded continuous glucose monitoring (CGM) for T1 kids up to 20 years old. It’s worth noting that:

That’s right: only 12% of the Type 1 population can access this CGM scheme, irrespective of their income. Sometimes it feels as though many people seem to forget about the 103,705 people with T1D who are older than 20. 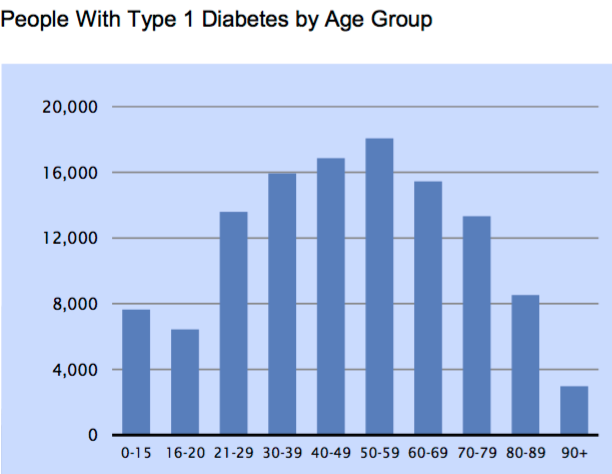 CGM is a significant tool which can massively improve the health, life prospects and quality of life for all people with diabetes. Unfortunately it’s currently expensive, which puts it out of reach of many of the people who would benefit from it the most. But that’s a different conversation than this one.

However, there’s more to the diabetes story than just the above. For example many people with other forms of diabetes also need to use insulin! Sure, all people with T1D do, but they’re not alone. Again, NDSS have a summary of this. 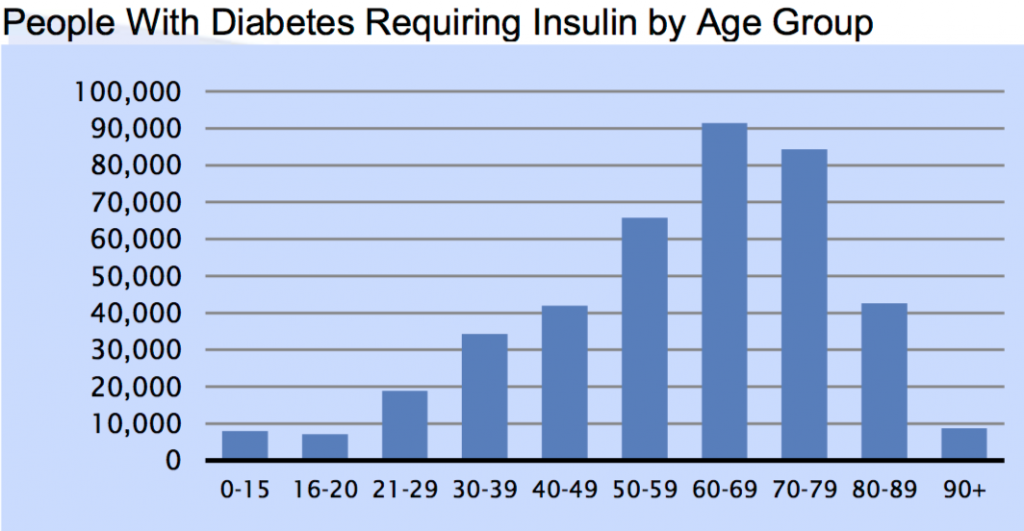 We are a minority of Australians, but unfortunately we’re a growing segment of the population.