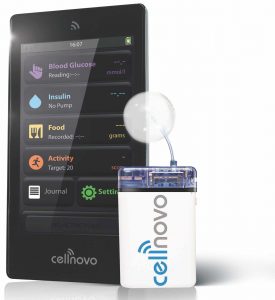 In sad news, Cellnovo (who manufacture the only “patch” insulin pump currently available in Australia) seems to be having financial difficulty.

According to a press release on their website, their UK subsidiary has had “administrators” appointed in the last week, and the parent French company seems to be going through the same process. This is because of financial shortfalls meaning that they are at risk of not being able to pay back their creditors.

How did this happen?

An earlier press release explains it:

The Company expects its revenues in the first quarter of 2019 and in the following quarters to fall short of the anticipated growth trend following the acceleration in sales observed in the second half of 2018 and announced in the Company’s press release dated 15 January 2019.

This forecast comes despite the warm welcome given to the new Gen3 version of the connected system by patients suffering from Type 1 diabetes and an enhanced user experience which provides patients and caregivers with real added value, unrivaled on the market. However, the still limited robustness of the Gen3 System, inherent to any innovative solution, has led to a higher than expected service cost for distribution partners, which hinders immediate large-scale deployment of the new solution. The Company is making every effort to achieve a service cost in line with its partners’ expectations, but the time required to finalize the development of the new solution implies that it will not be possible to roll it out on a large scale before the end of the year.

I must admit that the comments about “the still limited robustness” of the system and the subsequent high cost for the service/support organisations didn’t surprise me at all. My own impressions of the Cellnovo have been that it’s a relatively fragile system and using it relies on having ready access to a support organisation to provide replacement components. It was interesting to see them say that in different words.

The system had added a bunch of useful features in the last few months, including:

But will we see any further improvements?

What happens in Administration?

In my work in the software engineering world I’ve in the past been inside companies that went into administration, so I’m a little familiar with what happens. Please do note that this is not a “legal” description, just a “lay” overview.

Going into administration does give the company legal protection against creditors, giving them better ability to negotiate payment of debts, including writing some of them off.

Sometimes the administrators will find a way for the company to trade its way out of the shortfall (using the legal protections of administration) and then end the administration period and successfully trade again. Sometimes they may decide that the best path is to sell everything they can (including intellectual property assets) to be able to pay as many debts as possible without making the situation worse.

I know from experience that when all the creditors line up to be paid, the employees end up as the least-prioritised creditors and can lose most or all of their entitlements. But that’s another story…

We don’t know yet what is going to happen with Cellnovo. But administration is not a good place to be. They may continue to trade and then recover to a point of expanding. Or they might wither and die.

Note that the Australian distributor (Medical Specialities Australia) are not in administration.

But what all this means for the people who rely on the Cellnovo pump to deliver their insulin remains to be seen!

Cellnovo is not dead. Yet.