Day 1 of the Congress had a few bits of news for us. Here are just a few of them.

Roche have announced the Accu-Chek Solo patch pump. Do note that it is not launched yet. The expectation is that the pump will be launched (in limited numbers) at the next Prostheses List update (November).

The pump has multiple components, starting with a cannula patch (with two length options) onto which the pump clips. There’s a disposable 200U reservoir which also includes the battery which powers the body of the pump. The pump body nominally lasts 4 months. The Aviva Solo remote controller has an integrated BG meter that uses Accu-Chek’s Aviva strips (although you can apply correction boluses without having to do a fingerprick). 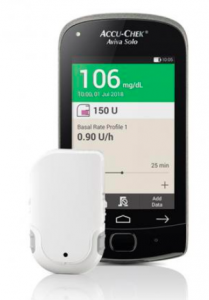 The Solo pump is not waterproof: you are expected to remove it (leaving the cannula patch in place) for swimming and showers.

It’s unclear whether insurers will lock you into one “pump purchase” commitment every 4 years, or whether they will take advantage of this to encourage people to maintain continual insurance cover.

And before anyone asks, no the Solo is not loopable at this stage. 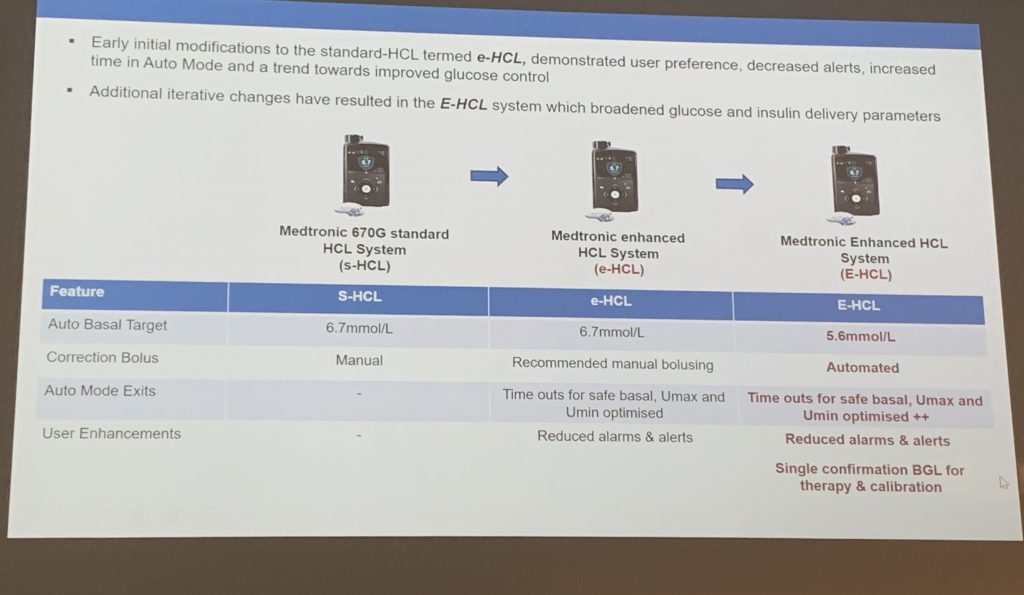 We heard from researchers in Melbourne about trials that have been conducted using Medtronic pumps loaded up with new firmware versions. As you can see in the above slide, a range of changes have been made since the commercially-available version, and the feedback from the trials was that the users found it both more effective and much less intrusive.

Of course these changes won’t end up in the 670G pump. We have to assume this work represents some of the things that might eventually appear in the 780G pump. 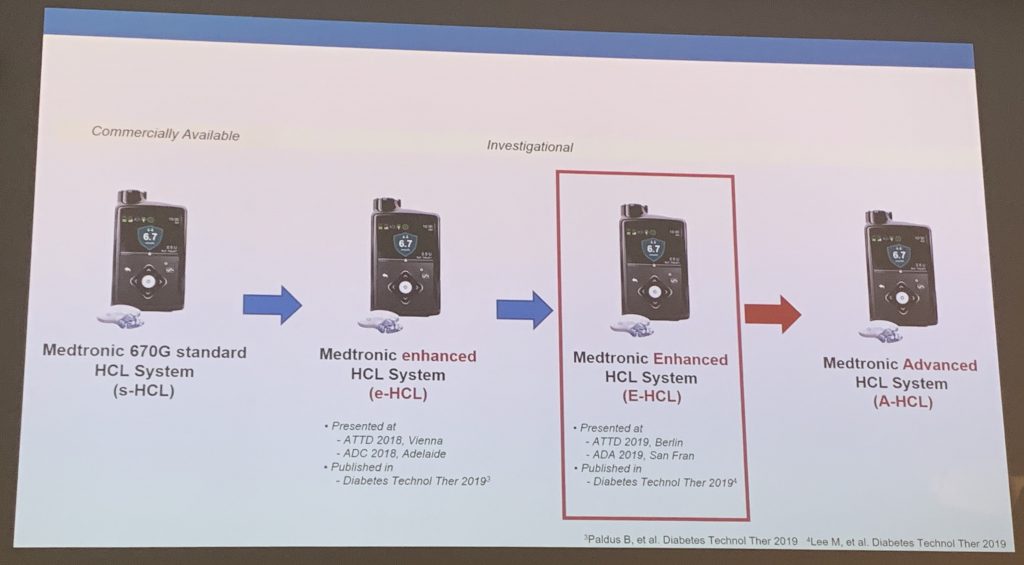 There are later versions already being investigated. 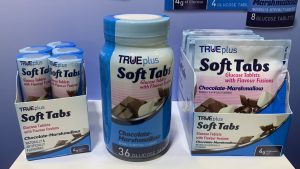 We saw these last year, but these upgraded tabs are now available through pharmacy wholesalers. They’re still 3.9g of glucose per tab.

That’ll do for now. There were obviously more things happening yesterday than just these (and there will be more today) but that’s a “taster” for you.