Dexcom’s G6 CGM looks like it’s finally coming to Australia. This article is an attempt to distill the answers to most of the common questions in one place. That is, the answers we know at this point.

The G6 system was introduced in the US in 2018. This week Australia’s TGA approved the G6 for supply. This means that now AMSL (the Dexcom distributor in Australia) can legally talk to people about the product. Presumably they’re preparing advertising materials, and getting the plans together to import product, train people in using it, applying to get it added to the NDSS CGM subsidy scheme, and eventually actually supplying product. There are Tandem pump pieces to this puzzle too, which I’ll mention further below.

How this pans out remains to be seen. There are still a few pieces to fall into place before the product finally hits the streets, and the latest rumour is to hope for something by June. But at least the TGA hurdle has finally been passed.

The successor to the Dexcom G5. We know a lot about it already, as it’s been used in the US/Europe for about 18 months now.

It’s a CGM that uses Bluetooth to transmit data to phones (and some pumps and receivers). The G6 has FDA approval for use as an “iCGM” in the US and thus to feed CGM data to approved closed-loop systems.

Like the G5, the G6 is made up of two main hardware parts (separate transmitter and sensor). But overall there are a few differences from the G5.

This common analgesic is known to interfere with G5 readings (and those of Medtronic CGMs) making them read high. This means that most users avoid taking any drugs containing paracetamol unless they absolutely have to. Anecdotally there are a few people that this issue doesn’t happen to, but apparently not many.

The G6 is billed as not being affected by paracetamol, so that’s a huge step forward. Note however that there do seem to be a few G6 users overseas who are affected by this. So it will be a good idea to test before you blindly trust your CGM readings.

The G5 asks you to input a fingerprick calibration every 12 hours or so. The G6 tries to work without any fingerpricks, although it still accepts calibrations if you find the readings are off.

Based on overseas experience, there are occasional occurrences of a sensor giving “wonky” readings, but calibrations bringing it back into line. So even with the “No calibrations” and promises of “no fingerpricks”, it’s probably worth still doing an occasional fingerprick so you know when a sensor can’t be trusted.

The G6 transmitter nestles into the sensor and overall is less than half the height of a G5 assembly. Flatter than the G4 too. For many people this will mean it’s more convenient to wear without getting knocked. 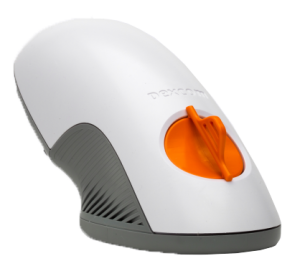 This is a big advance over the G5 in terms of ease of application. Instead of the G5’s “harpoon”, the G6 can be easily inserted one-handed. Place the inserter flat on the skin, press the orange button (after removing the safety), and it’s done. However this disposable inserter (each one comes with a sensor mounted in it) does result in a sizeable volume of plastic waste afterwards.

The G6 transmitter has gone through quite a few revisions over time, so there are experience stories on the internet that sometimes contradict each other. Usually the only indication of the revision is the unit’s serial number, but at one point there was also a slight change in the surface contours.

Keep in mind that one of the features of the G6 has been no-calibration mode. For this to work accurately the transmitter has to assume the sensor is a fresh one so that it can model the changes in reaction that happen in the days after insertion.

The earlier transmitters could be reset like the G5, allowing for extended use and re-batterying. They would also allow you to restart sensors (although a restart should be done with calibrations to avoid the data shift that would happen when the transmitter was assuming the sensor was a new one). Newer transmitters check more closely that the sensor is behaving like a fresh one, and on a restart will fail with “Insert new sensor”.

While this makes their no-calibration functionality more accurate (and they say this is needed for their iCGM classification) it does mean that the system is likely to cost a lot more to operate than the G5.

The newer transmitters are also resisting being reset, forcing you into buying new transmitters (which further increases the cost).

The G4/G5 sensors officially last for 7 days, although many people use them for much longer. Over the last 2 years my own average sensor life has been 25 days. This reduces the effective cost dramatically.

The G6 sensors officially last for 10 days. Although it was common for people to extend them at first (although usually not for as long as the G5 sensors) recent firmware updates have been making this much harder.

Strangely, the public summary of the G6’s TGA approval mentions use for up to 7 days. How this will play out is a mystery at this point. Will the Australian version be limited to 7 days? Is it a typo that will be corrected? Having only 7 days does sound strange, with the regular G6 having 10 days, the South African G6+ having 14, and the future G7 being talked about as 14+. 7 is certainly not an upgrade over the G4/G5.

To meet their iCGM requirements of trying to only produce trustworthy data, the G6 system seems much more prone than the G5 to have gaps of “sensor errors” (the dreaded ‘???’) where it doesn’t trust the sensor. There have been numerous reports from overseas of sensors being ended early (before 10 days) by the software due to the sensor being rejected.

So while on paper the sensor life of the G6 may be longer than that of the G5, in reality (especially for those of us who have to self-fund our CGMs) the effective life may end up shorter due to rejected sensors and inability to restart.

As well as communicating with one mobile phone, the G5 system can communicate with one “receiver” device. This pocket device lets you interact with the transmitter without your phone. The Tandem t:slim X2 pump effectively has a receiver built into it (so it can talk to the transmitter at the same time as a phone).

The existing G5 receiver model was replaced in the US back in 2017 with a touchscreen model, which can be upgraded to be (or bought as) a G6 receiver. If the G6 is coming to Australia, it seems likely that the new receiver will also. It seems this receiver also has Bluetooth “Share” functionality which might be useful to some people.

One function that people have been asking for for a long time has been getting CGM data sent directly to a watch without having to go through a phone.

Apparently there will be a transmitter revision that includes the ability to communicate with a third device (as well as phone and receiver/pump). When asked about this in interviews the Dexcom CEO Kevin Sayer has for months been saying that it’s coming, but the software support for it will only be rolled out when all the G6 transmitters in the field have been replaced with models that support it.

With Australia starting with a clean slate, it seems likely that this function will be available here.

Dexcom has a separate G6 Mobile app for this system. The Follow and Clarity apps are unchanged though.

Tools like xDrip+, xDrip for iOS, and Spike already support the G6, although updates of transmitter revisions have occasionally taken a few weeks to integrate updated support.

Tandem pumps will eventually support the G6 (see below).

What will it cost in Australia?

We don’t know. Hopefully similar to the G5 and other CGMs.

Will the G5 go away?

Presumably at some point. But not straight away. Keep in mind that the older G4 is still available and in use today. There will be many G5 users unable to use the G6 for some time (for example some Tandem pump users).

So I suspect the answer is “not in a hurry”, but my crystal ball gets cloudy past a year or two.

In 2018 the Tandem t:slim X2 insulin pump was launched in Australia. While the current t:slim firmware has an internal G5 receiver and lets you use the data for bolus calculations, in the US it now instead talks to the G6. That has enabled the Basal-IQ firmware update (which added low-glucose suspend functionality), and Control-IQ (launched in the last few months in the US) which provides closed-loop functionality.

When the Dexcom G6 eventually reaches the Australian market, it now seems likely that the first Australian t:slim pump firmware update will include both G6 and Basal-IQ. TGA approval for Control-IQ is an unknown entity at this point.

Note that the Basal-IQ and Control-IQ firmware versions in the US cannot communicate with the G5: once the update is done there’s no going back.

Whatever the firmware update is, it will apparently be available for all Tandem t:slim X2 pumps that are currently in warranty. If you have an older Tandem pump (which would have been a trade-in on your Animas Vibe pump) which has now finished warranty (4 years after you started with the Vibe) then it will remain with G5-compatible firmware.

We don’t yet know the cost or precise dates of access. Hopefully these things will become clear over the next four months. I have been told to hope for release by June, but there are no guarantees.

Here’s a summary of the things discussed above.

Hopefully this overview helps put some context around the likely excitement about the G6 approval.