You may have heard of the Senseonics Eversense implanted CGM. Having seen and experienced CGMs such as the Libre and those from Dexcom and Medtronic, you might be excited by the promise of not having something stuck to you and having to constantly replace it (e.g. weekly/fortnightly).

It’s been 3 years since I wrote about the Eversense. Over that time I have communicated with many Eversense users in the US and Europe. With a few things developing in the Australian CGM scene I thought it might be worthwhile checking in on it again.

Can we get it in Australia?

Eversense is still not on the TGA’s ARTG register of approved devices, so to answer a common first question: no we cannot access Eversense.

But I think it’s worth considering the question: do we want to? Do we know what it entails? Having choices is a good thing, but it’s important to understand the options.

When I first wrote about Eversense, Roche had the global distribution rights and there was an expectation that they might eventually bring it to Australia. But Roche is no longer involved: an exclusive agreement between Senseonics and Ascensia was set up last year.

The funding associated with this probably helped Senseonics’ bottom line: their stock price had been a bit volatile and there were rumours they might go under. But that seems to be a thing of the past. They have users in North America and Europe, with Ascensia ramping up the supply/support infrastructure.

It’s easy to be attracted by the concept of one less thing attached to us. But it’s not quite true.

The sensor sits safely under the skin, but it relies on having the wireless transmitter positioned “just so” on the skin directly above it. That transmitter needs daily recharging, and is not waterproof (although the current version is described as “water resistant”). 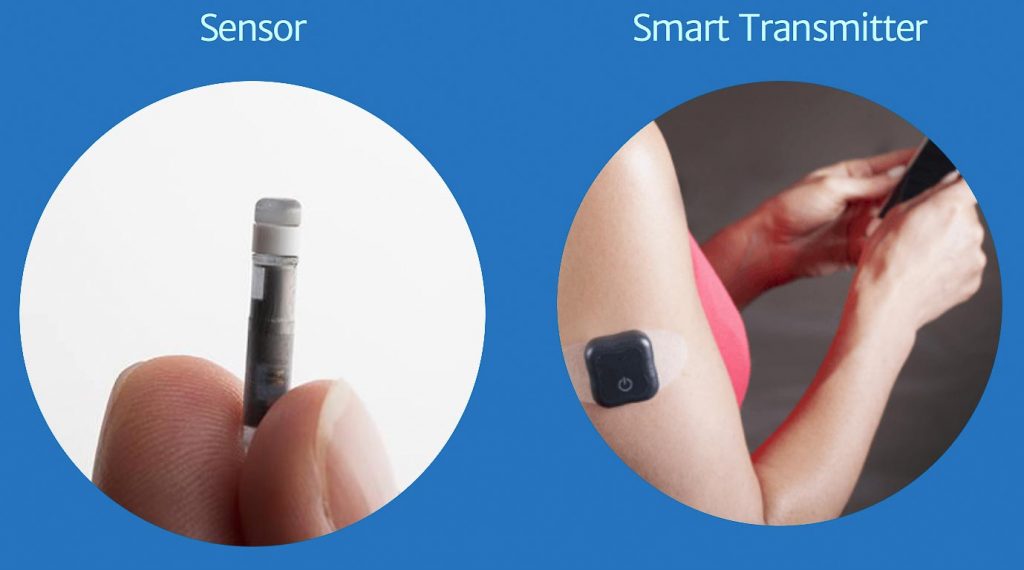 The transmitter is attached with silicon adhesive patches. My experience with that on other devices makes me expect that it probably works very well, and with little risk of skin irritation. This also seems to be the feedback from real-world Eversense users.

But you definitely need that transmitter in place for the CGM to work. And you can’t change location until you get a new sensor inserted elsewhere.

I’m not aware of spare transmitters being available except as replacements under warranty. If I was travelling I would really want to have a spare with me.

The original Eversense product lasts for 90 days (3 months) after which you’re expected to get it removed and a new one inserted. This is a minor surgical procedure (with associated costs) under local anaesthetic.

To me with my experience of simple external CGM sensors (e.g. Dexcom) that average 20 days each (and sometimes last over 40 days) a surgical procedure every 90 days is not that appealing.

Also I have seen lots of stories of users having delays after 3 months, with:

Sometimes all of those things in sequence. It seems to be a significant rigmarole and disruption every 3 months, with many people being left with gaps in CGM use. Obviously these hassles are not inherent in the product itself: just the organisations and procedures supporting it.

The Eversense XL product lasts for 180 days (6 months) which obviously halves that hassle and makes it more attractive. But while that update was approved in Europe in 2018, it was submitted to the US FDA in late 2020. It isn’t yet available to Americans.

Meanwhile a recent interview talked of development of a 1-year Eversense, which makes it even more attractive. But who knows when that might reach the markets.

Also bear in mind that the longer the sensor lasts, the longer before you can choose a different location to put the transmitter.

Apparently the sensor hardware is basically the same in both the standard and XL versions: it’s mainly a cut-off at 90/180 days triggered by software to meet the regulatory approval. There is no battery in the implanted sensor to run down: it is energised by the transmitter via NFC.

In fact quite a few people have hacked around this in a brute-force way. Before the 90 days are up, they play tricks by turning back the clock on their phone (useful to have a separate and non-net-connected phone for this) and “restarting” the sensor. I have heard of someone doing this for over a year on the same 90-day sensor, although it’s all a bit awkward.

There will be other differences between the various versions of the sensor (such as improvements in the anti-inflammatory coating). But it’s fascinating that users have been able to find ways to extend it. 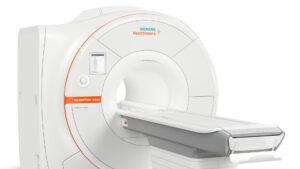 If we need an MRI scan, we’re told to remove our CGM sensors (and any metal pump sites). There are risks both of the metal moving under the extreme magnetic fields, and of it heating up and causing burns.

So what about the Eversense? It would be frustrating to need to have it surgically removed before the scan! Apparently the Eversense XL system is safe to use in some MRI machines.

Incidentally, diathermy (a process involving electricity to generate heat in tissues) is not safe with the Eversense. It could cause tissue damage around the sensor.

You still need to fingerprick with the current system. And if you leave it too long, the system will stop giving you BG data.

In the initial system it was every 12 hours. Today this needs to be considered in the context of the current Libre and Dexcom CGMs that don’t need fingerprick calibrations.

The 180-day system has been updated to only require daily calibrations, and the 1-year system is apparently aiming at weekly calibrations. I would probably regard this as equivalent to the “self-calibrated” systems: I still verify the Dexcom G6 with a fingerprick every now and then.

A 2018 study showed Eversense is affected by both mannitol and by tetracycline antibiotics. That is, the data returned by the system gets skewed.

I found that interesting as the tetracycline doxycycline is the standard prophylactic I’ve been using for years when travelling in malaria-prone areas. Mannitol is sometimes injected to manage things like eyeball and intercranial pressures. It’s also used as a low-calorie sweetener (as it’s poorly absorbed by the intestines) but I’m not clear whether that would increase the mannitol levels in the blood enough to affect Eversense.

I do notice that the study linked above did not test hydroxyurea, which has recently been flagged by the TGA as interfering with both Dexcom and Medtronic CGMs.

Users do love it

I’ve mainly heard positive things from users. Other than hassles with things like the ambient light interference I wrote about in 2018 (needing it to be shielded from the sun in bright environments). And hassles with getting it replaced when the time’s up.

Like most systems, Eversense has both pros and cons. Hopefully I’ve been able to outline some of the issues to consider before we get too excited!

I do look forward to seeing how the product continues to develop, and whether any signs of it appear in Australia.