This is something I hear a lot. I do share my clinical blood glucose data here from time to time, and many people (including myself sometimes!) marvel at how I keep my glucose “in-range”.

Since December 2020 I have not given myself boluses: letting my AID (Automated Insulin Delivery) system decide to give me insulin via basals and automatic boluses in the background.

Since the end of January 2021 I have not been telling my system about my carbohydrate intake. Yes, I no longer carb-count! Once I make it through the upcoming Christmas/NY season (and in fact through to Australia Day) I will have been doing this for a whole year.

I’ve written before about having a “fully” closed-loop system.
My BG stats have “loosened up” a bit with these changes but they’re still within levels that my doctors marvel at, and the quality-of-life improvements certainly make it worthwhile. I do use “temp targets” to optimise the way the system interacts with exercise such as some of my big bike rides, and I do keep a background eye on my CGM data (via my watch). But on the whole I just let the system get on with keeping my BG at a safe level.

But still I hear from people “Yeah but you eat low-carb, don’t you?”
Which continually amuses me! No, I don’t feel I do.

I have learnt a lot about eating over the years, and despite having to eat a gluten-free diet I do favour lower-GI foods and think of myself as probably “mid-carb”. But I do still indulge.

I have carb-counted in the past, and in fact am set up to track my food in detail. I found this very useful in 2019/2020 when I was losing weight as well as tuning my AID system. But I simply don’t usually bother now.

But prompted by a recent “low-carb” accusation I decided to fire up MyFitnessPal again and log all my food/drink for a day.

Over the space of one day I apparently ate 193g of carbs. And 128g of protein. I did not try to limit (or increase) my carbs in any way this day, I just picked a day and recorded everything. I could continue recording over multiple days and get more of an average, but at this point I’m not sure it’s worth the effort. One average-feeling day seems appropriate.

I don’t know many people who would regard 200g of carbs per day as “low-carb”.

Certainly not “high-carb” compared to some people, but I’m sure people who think of themselves as eating “low-carb” would be horrified by the concept of eating 200g of carbs in just a single day!

It was neither an extravagant nor frugal day. Sure, I did eat some chocolate. But also plenty of home-cooked and fresh “whole” food. I do try to maintain a reasonably-healthy diet (while maintaining complete gluten exclusion).

My breakfast is probably the closest I get to “low-carb”. Yoghurt and strawberries (with some psyllium husk for fibre) was about 12g of carbs. But a long time ago I decided that after fasting my gut seems primed to absorb carbs quickly, so to avoid starting the day on a rollercoaster I tend to go for something lower-carb and with fibre to slow things down. Once that meal’s out of the way I’m not so picky.

While it would have been nice if I hadn’t dropped below 3.9, it wasn’t really surprising. In the afternoon (after a late lunch that included chocolate pudding) I got carried away weeding in the garden (pulling out chest-high weeds: it had almost got out of control in that area of the garden) and carrying them down to the other end of the yard.

But I had forgotten to warn the system I was about to be exercising (I hadn’t planned on being out in the garden for more than a few minutes). By the time I finished and was back in the house I was dropping below 4, although a couple of glucose tabs fixed it. Ok, so I had one mini Snickers bar as well (because I could!).

But the rest of the day wasn’t too “rollercoasty”!

The sustained BG in the 7s after dinner can probably be partly blamed on the fats/protein in dinner’s grilled duck breast (my partner insists she’s almost got the process right, but we agree we’ll need to try again some time: “just to be sure” about the taste) along with some inactivity in front of the TV before retiring.

In fact, the previous day’s BG data was similar. With a late-night snack for a midnight spike:

My average over the previous 7 days was 35.1 U/day (with a standard deviation of 5.0 U, so this day’s figure doesn’t seem exceptional).

Of course, keep in mind that at no point in the day did I tell my system what I was eating (or in fact that I was eating at all). I did not manually initiate any insulin boluses. I did replace my infusion site before dinner, and pause the pump while I had a shower earlier in the day, but those were the extents of my interaction with the system. I just got on with life.

All the insulin dosing happened quietly in the background:

This is of course a 64 million dollar question.

My AID is running the standard oref1 algorithm (shared by OpenAPS, AndroidAPS, and FreeAPS X). The insulin activity/duration profile has been tuned to match the insulins I’m using, but the algorithm has not been modified. My configuration has been tuned and tweaked over months and years so I do trust it and its responsiveness. I do review my data occasionally, and on average every month or so end up tweaking settings to cater for my changing needs.

I am using Lyumjev insulin today which does help with the responsiveness, but I have got similar results with Fiasp (just with a little more variation) for most of 2021. Even Humalog and NovoRapid can work in a no-announce/no-bolus system, just with wider swings than some of us would want to live with.

My CGM is a Dexcom G6 (the sensor was 6 days old) and across the day it captured 96% of the 5-minute samples (the remaining 4% was back-filled after signal loss at times). Reliable enough that the system was able to respond to changes fairly promptly. 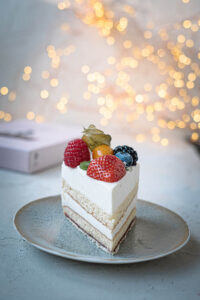 No, I don’t consider myself to be “a low-carber”.

“Mid-carb” maybe?
At least now I have a recent number to answer the question with.