The DANA R and RS pumps have always been interesting to AndroidAPS users, as the pumps have Bluetooth and can be controlled from a phone. The DANA R was the pump used by the original author of AndroidAPS. The RS pump is a similar design, but with upgraded Bluetooth LE. It received TGA approval in 2018. 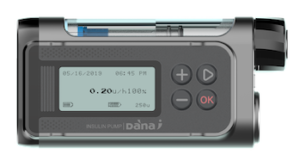 These pumps were superseded by the DANA-i (which received TGA approval in 2020). Mind you, the DANA-i has not yet made it onto the Health Department’s Prostheses List (which defines which pumps private health insurance will pay for). So at this point the only DANA-i users will be those who’ve bought them outright (yes, I know some of them: they do exist). We keep watching the Prostheses List (the next update is expected in July) but no sign of the DANA-i yet…

Meanwhile, sales of the RS pump dried up at some point: I’ve always suspected it was related to the cost of the batteries. 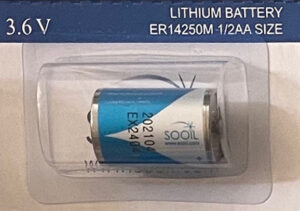 In my opinion one of the shortcomings of the DANA IIS, R, and RS pumps has always been their proprietary Lithium-Thionyl chloride batteries. These are supplied to users inside the boxes of DANA reservoirs, and you can’t purchase them separately.

The batteries have always seemed a little unreliable to me. When we start using them we need to initialise them. To break the internal “passivization layer” that’s formed while in storage we short the contacts. When I used them with a DANA R it was always a challenge to initialise them.

Sometimes I couldn’t get a battery to wake up even if I shorted it with a key until it was warm. Then I had to give up and use a second battery. And if I didn’t activate the battery fully, its lifespan in the pump seemed shorter. Once I’d woken a battery up it seemed quite solid, but there was always a bit of angst about whether the next battery would work OK. And with a limited source of spare batteries this was always a background worry.

As specialised batteries the distributor has had to import them specifically. And this will have got more expensive over the years. Freight safety requirements have made it harder and more expensive (especially to Australia). Especially once the pandemic hit. The DANA-i instead uses a standard alkaline AAA battery, and removing the dependence on the Li-SOCl2 batteries has to be attractive for the Australian distributor. DANA-i users currently have to discard the surplus batteries from their reservoir boxes.

All the remaining DANA R pumps have been out of warranty for some time (although I know some are still in use). As the RS pumps go out of warranty and the customer base moves to i pumps, it seems inevitable that at some point the distributor will stop providing the old batteries. It’s hard to see how importing these special batteries just for users of out-of-warranty pumps will be cost-effective for them.

Presumably at that point NDSS might need them to use a new NDSS order code instead of the 709.1 that currently includes batteries. Otherwise there are sure to be surprised and frustrated users. Mind you, being surprised to find out your batteries are gone would be one thing. But even if you’re told the batteries are suddenly going away that’s still going to cause concern. 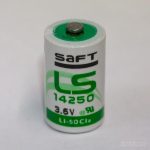 If I was still using a DANA R or RS pump and not anticipating replacing it soon, I would be starting to look into my options for alternate batteries sooner rather than later. This includes scenarios where the DANA pump might be just a backup pump. There’s not a lot of point having an old backup pump for emergencies if you don’t have any batteries for it!

Back in 2018 I wrote about a third-party battery option for R and RS pumps, so there is a chance that if/when the DANA battery supply dries up there may still be options. I used those batteries with DANA IIS pumps, and later with a DANA R. 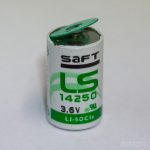 Do note however that the battery I showed there had a green plastic surround at the top. When removed that left the positive AND negative terminals at the top of the battery. That’s where the DANA pumps expect to find them.

But there are reports of recent SAFT batteries having a different layout. So I would not rely on that old article without actually testing out some currently-available options.

This is all supposition!

I do need to re-iterate: I have seen no communication that the DANA batteries will be going away. But my spider-sense and a little bit of market analysis tells me that it’s likely at some point. I hope that if you do rely on them, you’ll be prepared if/when that happens.