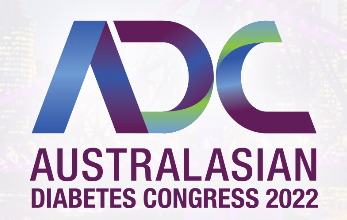 The Congress has been run as a virtual event for the last couple of years, but this year it’s a physical conference again. It is being run in Brisbane, from August 8-10.

I have managed to attend some of these in the past, despite not being an endo or DE. And I’m back again this year. Not just as someone to present a lived experience of diabetes in conversations with doctors, but this time again as a speaker.

I’m a co-author of a presentation about our randomised control trial (RCT) of the safety of AndroidAPS that we ran at the Baker Heart & Diabetes Institute in Melbourne. It’s very exciting to be able to finally show our results!
I’ll also be speaking in the Ypsomed breakfast session later in the week.

I’m also speaking as part of a symposium on Community Advocacy in diabetes. Specifically about my experiences with Bionic Wookiee. Along with a bunch of other advocates, it’s good to speak directly to Australian doctors and help engage them in the huge amount of community work that goes on outside their clinics.

Expect some reporting from Brisbane in early August. Apart from anything else, there’s often new diabetes tech shown at these things…

Disclaimers: My travel has been provided by the Congress, and my accommodation by the Baker Institute. But I’m not otherwise being paid: I’m registered under the Bionic Wookiee name.