Until now there have been two options for commercially-supported closed-loop pump systems in Australia. But it looks like that’s about to change.

Last month the TGA approved the CamAPS FX loop system from CamDiab. Ypsomed is the sponsor, and it seems it is going to be launched alongside the updated YpsoPump that’s soon to arrive. This update rolled out in some European markets over the last few months, and seems to be well-received.

To be clear, I have not seen Australian launch announcements yet!

But I do know that CamDiab staff are in Australia at the moment talking to HCPs.

CamAPS FX came out of research at Cambridge University in the UK.

Until the Ypsomed partnership CamAPS FX was available on a paid subscription basis and supports the DANA RS and i pumps. But hasn’t been available in Australia.
It currently integrates with the Dexcom G6 CGM (replacing the Dexcom apps) although in March a partnership (between Ypsomed, CamDiab, and Abbott) was announced to integrate support for Abbott’s new Libre3 CGM in an upcoming version. 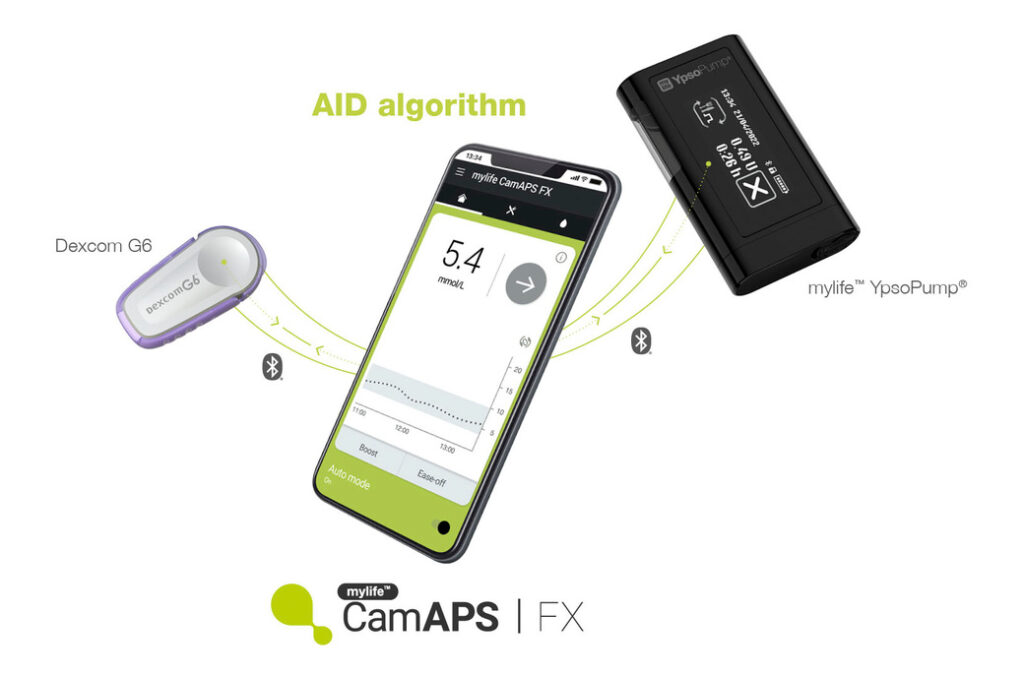 Reports from European users indicate that the DANA and Ypsomed versions of the app are currently almost identical, with just one of the sub-components of the version number indicating different builds.

It seems the Ypsomed-branded version does not require a subscription.

What’s different about it to the other commercial AIDs?

Some of that is based off experience with the DANA version, which integrates with Diasend via the cloud. It will be interesting to see how the Ypso version presents the functionality, and exactly what Ypsomed offers.

We’ve been waiting for Ypsomed to roll out the updated YpsoPump that supports bolus-from-your-phone, and it’s this pump that is supported by CamAPS FX too. This may be the driver that kicks the update off!

I’m expecting it to become available to everyone with a YpsoPump. Previous information is that current users would be able to update their pumps (without extending the 4-year warranty). So in this case some people won’t have to wait for years to become eligible for the new system.

When can we expect it?

I do know that the Australasian Diabetes Congress is happening in Brisbane in early August. Previous ADCs have seen the launch of systems including the Tandem t:slim X2 pump and the Medtronic 670G, so there is precedent for companies to make big announcements.

8 thoughts on “Another closed-loop”