Yes, the Omnipod DASH is soon to be subsidised through NDSS. People have been asking for this for a while (pretty much since the pods were introduced a year ago).

The new subsidy will apparently become effective on the 1st of December. Hopefully this means that the appropriate registration forms can be processed and training completed before December so people are ready to go on that day if they want.

Some introduction of the system first. Not all the subsidy options (outlined further below) will be available to everyone, and I think there are important issues here which give context.

An overview of the pods 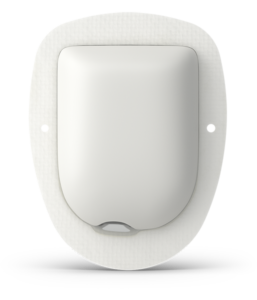 I’ve written about the pods a few times on this site, and they of course have their own section on the Insulin Pump Choices page. The Omnipod DASH system is manufactured by Insulet. They trade as both Insulet Corporation and Omnipod Australia, so you will see references to both names.

The pods get filled with 85-200 U of insulin and then stuck on your body. On command they insert a tiny (6.5mm at an angle) cannula and then last for 3 days. Actually they will run for up to 80 hours (but then cut off with a loud ongoing scream). So you need to fill them with enough (but not too much) insulin to last the stretch. People who use more than 60 U per day may find they can’t run them to the full length.

If you have to (or accidentally) remove the pod, you need to replace it with a new one. I find them reasonably “chunky” devices attached to my skin, but they’re rated as being waterproof for swimming.

As well as officially being used with their “PDM” handset, the DASH pods can instead be used with several opensource AID (closed loop) systems such as AndroidAPS, Loop, and FreeAPS X. As someone who has used these systems for years, I like being able to switch the pump component of the system to a DASH pod without having to change my entire diabetes management regimen. 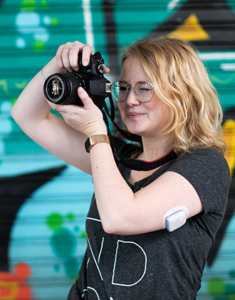 Some people use the Omnipods full-time. Obviously these people will rejoice at the savings they may get with the new subsidy.

Some people use them intermittently. This can be because they want to experiment with the system before committing to it (very important as it won’t suit everyone). Sometimes it’s because they like the different advantages of different pumps for different scenarios. I know of some kids who use them only on weekends or sports days (or vice versa), otherwise switching back to their regular pump.

Sometimes it’s been due to costs, and this NDSS announcement may change that.

Personally I’ve been in the camp of only using pods every now and then. I appreciate the waterproofness of them for when I’m engaging in watersports, but so far I’m usually more comfortable using my regular pump. So I have an open box of pods which I’ll gradually use over many months before they expire.

Some pod-specific issues for me have included:

One of the marketing points is that the pods are “tubeless”: no tubing to get tangled up and separate pump to carry around. I find this to be a minimal advantage: my regular pump lives in a running belt at my waist (under my clothes) that hides most of the tubing. Some people find the pods “life-changing” though.

Not a regular pump – not the same subsidy

With traditional insulin pumps, NDSS provides subsidised access to pump consumables, and usually health insurers pay for the pumps (hopefully every 4 years after the warranty expires). The Insulin Pump Consumables (IPC) are basically the reservoirs and infusion sets.

The NDSS IPC registration doesn’t specify which pump you use, which makes it possible to swap between pump systems. For example you may have your old pump of a different brand in the cupboard as a backup, and you can buy supplies for both. This isn’t going to work the same way with Omnipods.

Different ways of accessing (and paying for) pods

As far as I can see there will be three ways of accessing the pods.

You do need to be registered as a trained user of Omnipods to access them via all of these methods, usually involving training by a DE. That’s going to apply across all these methods. I believe quite a few people have been trained up already (some were enticed by the special offer earlier in the year where the first box of 10 pods was only $30).

I’m told that (as long as you’re a registered Omnipod user) this option will still be available, so anyone will be able to continue to buy pods.
I think many of the impending discussions of the subsidy will forget to mention this option though. As you’ll see below, it’s still relevant.

You will need to register with NDSS as a pod user (you need to be Omnipod-trained to get this). This also needs Insulet to certify your status as eligible to access subsidised pods. To maintain this status will currently cost $168.27 per month.

Private Health insurers will cover this, although probably only if you’re eligible for a new insulin pump through the insurer. Thus if you’re going to get health insurance to cover that overhead, it’s presumably a case of switching away from your old pump to the Omnipods.

Of course you may still have your tubed pump you’re happy using, but it probably won’t have warranty.

I don’t know that the insurers would make the payment monthly: I suspect they would pay most of it up-front. This would make it as difficult to change to a different pump system early as it is with other pumps.

If you can’t get your insurer to cover the cost, you can pay the $168.27 / month (directly to Omnipod Australia). Note that over 4 years (the standard term for pump warranties) this comes to just over $8000. That’s approximately the cost of most regular insulin pumps.

Of course this arrangement would allow you to have an in-warranty tubed pump at the same time. This may suit some people to tide them over until they’re next eligible for a pump through their insurer.

Apparently the minimum period for subscribing and thus getting subsidised pods may be 3 months.

As long as you meet three criteria:

Then you’ll be able to order boxes of pods through your regular NDSS Access Point. A box of 10 pods will cost $29.30 for most people, and $22.20 if you have concession status.

Obviously if your eligibility status changes (e.g. no longer paying the monthly fee) then your ability to order pods through NDSS will cease. You will of course still be able to buy boxes directly from Insulet.

It is not clear yet what the quota on NDSS purchases will be. Presumably you will be able to buy more than one box at a time so you can have a buffer with you, but as with all the other NDSS consumables there are limits on how many you can access (so far depending on the category the quota’s been over 6 or 12 months).

You would of course report any failed pods directly to Insulet and get them to replace them under warranty. You should not use up your allowance (and your and the government’s money) to replace failed pods. This is the same as with all the other NDSS-subsidised pump consumables, CGMs, etc.

That seems to be the guts of the new pod subsidy scheme. Either:

Another option may be possible too:

Either way, I think more options are good!