What’s a BOB you ask? It’s a Bug-Out Bag, containing almost all the essentials if you need to leave your house. It’s a term popularised by the survivalist crowd, but it can also be an important tool for people living with Type 1 Diabetes. Consider a couple of possible scenarios: 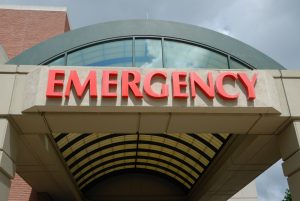 You’re involved in an accident and end up in hospital. You need someone (partner/friend/family) to bring your essentials (such as insulin pump consumables). Can you tell them all the bits and pieces they need to gather and bring? Or can you just tell them to go to the wardrobe and pick up your BOB to bring in? 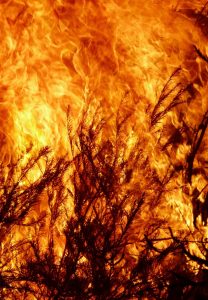 Or maybe there’s a natural disaster and you need to evacuate. This is an all-too-real scenario for many Australians at the moment, with fire storms ravaging the country (along with the other “usual” things like floods and cyclones).

So, how much gear do you need? Traditionally a survivalist’s BOB would have 3 days’ supplies. But for coping with evacuations and natural disasters with diabetes, I think we should have more than that.

A decent rule-of-thumb would be to have enough supplies for 14 days. Sure you hopefully only need one or two, but what if you don’t have a home to come back to?

What I have in my own diabetes BOB

A lot of stuff, basically. I’ll list the overview, then describe the whys and hows. 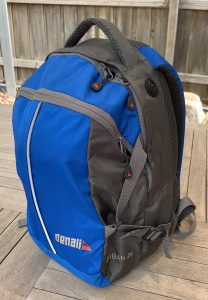 I don’t maintain a general “survivalist” BOB, but I do have one with all the medical supplies. If we were evacuating the house there’d be a few other things we’d be grabbing (including clothes, the encrypted backup drives that contain our digital lives, as well as essentials such as pets and other family members!). But this article is just about a “diabetes BOB”.

Keep in mind that these things usually stay in this bag all the time. Where possible they’re spares: not things I have out and about being used (and possibly misplaced by the time an emergency happens).

That’s a lot of separate pieces, and I don’t have them all just swimming in the bottom of the bag. I have some old plastic lunch boxes (clear Sistema ones) keeping things organised in there. 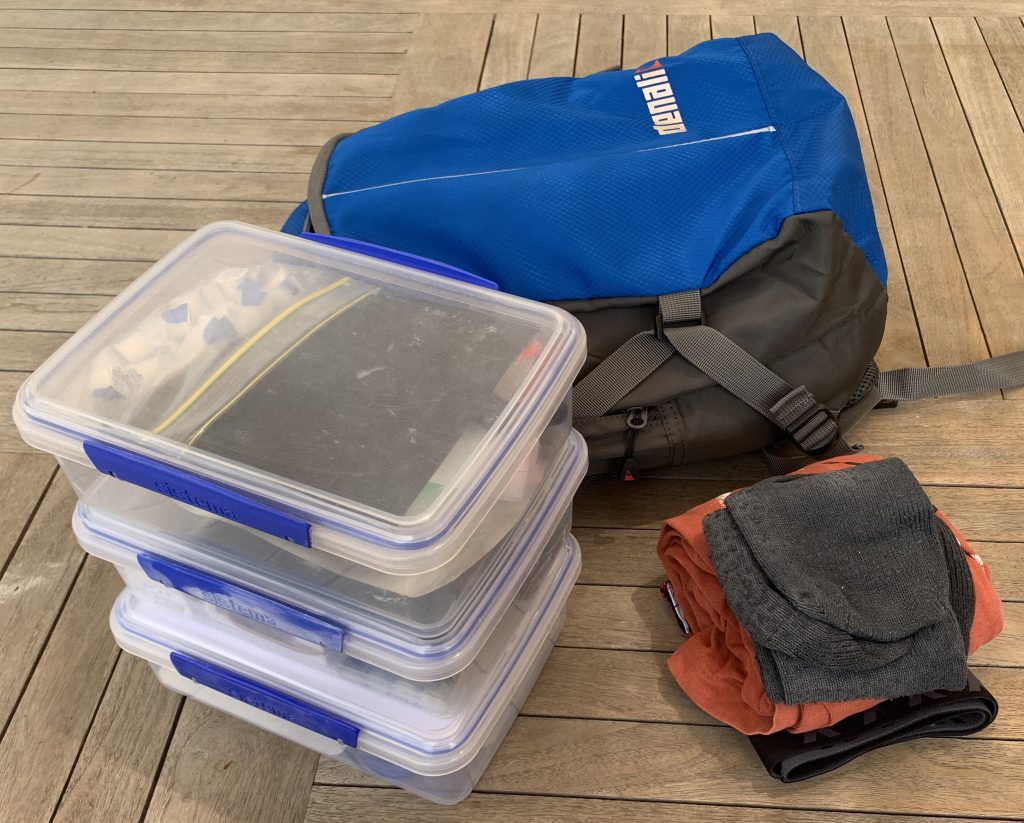 The list above is just the summary. It’s worth explaining some details, so I’ll list them below.

Some of the things in the bag will expire, so I have a calendar appointment reminder set to check things every 3 months (e.g. to cycle in fresh BG strips if necessary, to recharge batteries, etc).

Mainly useful when going into hospital, it doesn’t hurt to have these documented on paper.

As I’ve described previously I already have scanned copies of my current prescriptions stored on my phone.

I do not keep insulin in the bag. It lives in the fridge at about 6˚C.

Grabbing the bag to go does require one extra step: grabbing a box of insulin from the fridge and putting it into the bag. The insulin I use is packaged in 3ml pen cartridges.

I have a regular daily schedule of medications I take (the list has gradually been growing as I get older). The prescription ones come in blister packs, and the PBS prescription schedule allows me to gradually build up some spares. I have been able to set aside 14 days worth of the essential meds for the BOB. These aren’t quite as temperature-sensitive as insulin, and have quite long expiry dates.

I might need hypo treats, and I might need some longer-acting carbs. Unfortunately with my coeliac disease I can’t eat gluten, so it’s safest for me to have at least one or two in the BOB. It’s not enough for 14 days, but in a planned evacuation I’d of course be grabbing more supplies from the pantry.

This isn’t really to cope with evacuation conditions. I do figure that in that scenario I’d be throwing more clothes into another bag. But for hospital stays I do at least have an old T-shirt as well as underpants and socks in here.

My CGM might fail, but I’ll need to calibrate it occasionally anyway. So having a meter is important.

Here in Australia we get BG strips subsidised through NDSS and not through specific prescriptions, so it’s feasible to have several different meter types. Earlier last year my BOB contained the Accu-Chek Performa Combo meter that came with my insulin pump (not the meter I usually use). Partly because it takes AAA batteries which should be fairly accessible in emergencies (whereas my usual meters use CR2032 button cells). And partly because I had it anyway. 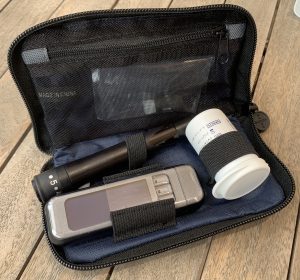 But today my bag has an old Contour Next meter that is USB-charged. It’s smaller than the Performa Combo, and it shares the same BG strips as some of my other meters (letting me cycle new strip containers through the BOB without wasting any). 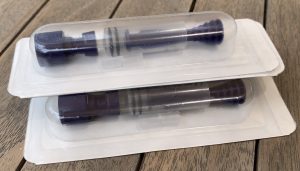 With my pump and my insulin needs, enough reservoirs to last me 14 days (plus a spare) means 3-4 reservoirs.

I use a variety of different sets so I’m quite flexible. Especially when travelling I tend to use TenderLink/VariSoft/Silhouette-type sets as they take up hardly any space. But these require manual insertion and can be quite daunting for someone not familiar with the process. Consider if I was hospitalised and unable to do it myself… 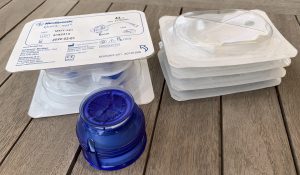 So as a compromise my BOB currently contains four TenderLinks, plus two Medtronic Quick-Sets with a Quick-Serter. Talking someone through inserting a Quick-Set might be easier than with TenderLink.

I have a handful of swabs in there. Actually a mixture of plain isopropyl swabs and isopropyl/chlorhexadine swabs (partly because I had those in a drawer anyway). 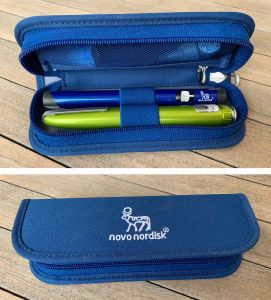 These are a backup to the pump: not my usual tools. These are not disposable pens: these are empty ones that take 3ml refill cartridges. I have both a HumaPen and a NovoPen, just to be flexible in emergencies. And a basic supply of needles in a ziplock bag.

I used to use Humalog, I currently use Fiasp, and if I had to fall back to MDI I would probably use Levemir as my basal. So having two pen styles is safest. I’ve covered in the past how a HumaPen can be used with Sanofi insulins such as Apidra and Lantus (both of which I have used in the past and could do so again in an emergency).

I have a small sharps container in here. If I’m in emergency accommodation, the last thing I want to have to deal with is where to safely put sharps without risking myself or others. I’ve previously written about Managing sharps safely.

All the Frío needs to give me enough cooling to keep insulin at a safe temperature for long periodsis to be temporarily soaked in water. I have two I use for travel (where my insulin is split into two stashes) and when I’m at home one of them lives in my BOB. It’s kept dry so it’s smaller and doesn’t give off humidity, but available if I need it.

Just a few alkaline AA and AAA batteries for use in pump, meter, etc can get you out of a jam. 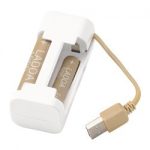 I also have some NiMH rechargeable batteries. The low-self-discharge versions (e.g. Eneloop or LADDA models) which won’t be flat when you need them. With them is a tiny VINNINGE AA/AAA charger from IKEA. This can charge 1 or 2 NiMH batteries at a time from USB, and has been an excellent tool in my photography travel kit for years.

Actually I have two powerpacks in here. One is a 10,000 mAh battery with two USB ports.

The other is a little gadget I picked up in Japan a few years ago (similar things can be found on eBay). It takes a 2 or 4 AA batteries and can then charge USB devices: perfect for having options in a disaster scenario.

In fact there are similar devices available today which at the flick of a switch go from powerbank to AA/AAA charger. But I’m using the gadgets I already had.

My iPhone needs a Lightning charge cable, my AndroidAPS phone needs USB-C, the USB battery itself needs micro-USB, and my watch has its own charge cable. So I have a few cables in there. A tiny Apple USB wall charger completes the power setup.

My Dexcom G5 sensors have been lasting an average of 25 days each. So I only keep one spare in the BOB.

I also have several sheets of Fixomull Transparent tape (cut to size from a roll and with the corners rounded) which I use to cover my sensors. The batteries in my transmitters last several months between charges so I don’t bother keeping a charger in the bag.

The AndroidAPS phone that runs my loop is an essential piece of my equipment, and just like I have backups for everything else, I have a backup for it. It’s a fairly basic (read: “cheap”) phone but is already configured with all the right software installed. No SIM in it, but there is a pin with it to allow me to swam SIMs between phones if needed.

I have swapped my loop between phones a number of times, so it won’t take me long to get running if something happened to my primary loop phone.

All of this fits within a small (25L) cheap backpack that lives in the bottom of my wardrobe. At least every 3 months I get it out and refresh everything:

I also replace various items with newer ones (later expiry dates) and put the ones taken out of the BOB back into my “pool” as the next ones to be used:

The BOB goes back into the wardrobe, and I (and my family) know what to grab in an emergency.

What do YOU need?

You might not want to bother with a BOB as comprehensive as mine, but even a little bit of preparation will go a long way to ensuring your safety in an emergency.
I do hope none of us need to use our BOBs!

2 thoughts on “Is your BOB ready?”