Last weekend I was lucky enough to be able to spend most of three days with lots of other people who also live with Type 1 Diabetes. More than 50 of us descended on the Australian Institute of Sport in Canberra for an intensive weekend of education and networking at the 2019 AMSL Sports & Exercise Weekend. 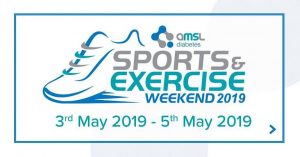 AMSL is the Australian distributor of products including Dexcom CGMs and the Tandem t:slim pump. However there was no requirement or even expectation that attendees would be using AMSL products.

We had people using pumps, and people using pens for their insulin delivery. We had CGM users, and people who rely on fingerprick tests. There was a huge spread of experience with T1D. One person had been diagnosed 53 years ago, and another only 2 months ago! 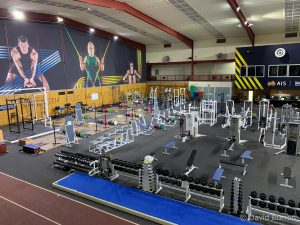 Everyone there had an interest in working out how to fit exercise into their life with diabetes, but not everyone would have been classified by anyone as “exercise nutters”! We had endurance athletes amongst us, but also a lot of people who just want to stay healthy.

Yes there were Loopers

Including the presenters, we had close to 60 people with diabetes in the room. Seven of those people use DIY closed-loop systems. That’s not an insignificant percentage! Three use Loop on iPhones, and four use AndroidAPS. There may have been one person using Medtronic’s 670G loop system (there were quite a few 640G users).

We learnt from an exercise physiology researcher, from an endocrinologist, a dietician, from several athletes and even from a professional drummer who lives with T1D. 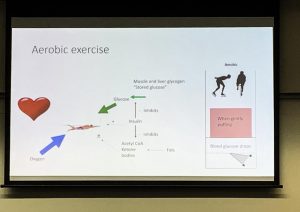 The weekend was structured quite well, with presentations interspersed with some opportunities to put the things we learnt into practice with group exercise activities using the AIS facilities. The physiology information (including the results of recent research about the relationships between exercise, glucose, glycogen, insulin, and the endocrine system, including the way things change between aerobic and anaerobic activity) was presented early, which gave us a good grounding and context for everything else.

But we weren’t just lectured at. We shared information and experiences with each other.
For some people this was the first time they’d been with other people living with T1D who had a common experience, and learnt things beyond the simple guidelines their doctors had told them. Yes, there were even tears of joy!

We all came away with networks of new friends.

All the information presented at the workshop was useful for the loopers, but we did have to apply translation to some of the information. The presenters generally talked about things in terms of MDI (injections) or pumping. However the control paradigms we have in looping are a little different.

For example consider a meal with fats and proteins which are going to delay the delivery of glucose. A pumper might use a dual/square-wave extended bolus. But in looping we don’t have access to that, so we could fall back to the tools of multiple simple boluses just as for MDI. But we do have other more-convenient tools.

In looping we can declare our carbohydrate intake to the system, and it will ramp up insulin delivery (usually via temporary basal rates) to supply the required insulin. However for large meals this usually doesn’t get the insulin in fast enough, which would allow our BG to go higher than we want. So we can instead deliver a lot of that insulin up front as a simple bolus (and have the system fine-tune the delivery of the remainder).

But we can also tell the system now that more “carbs” will be delivered in the future, and when that time comes the system will automatically work on the insulin supply. I already use this functionality a lot, and during the workshop did discover some new refinements. Similarly our tools for reducing insulin delivery are more comprehensive than just having a smaller Lantus/Levemir injection beforehand (or using a temporary basal rate).

As DIY users we do have to understand these things and be able to do some mental translation (and there are some slight differences between systems) but hopefully in future workshops the presenters will be able to translate suggestions for future attendees into more tools than just the simple “pen or pump” paradigms. Especially if there’s an even higher proportion of looping attendees next year! 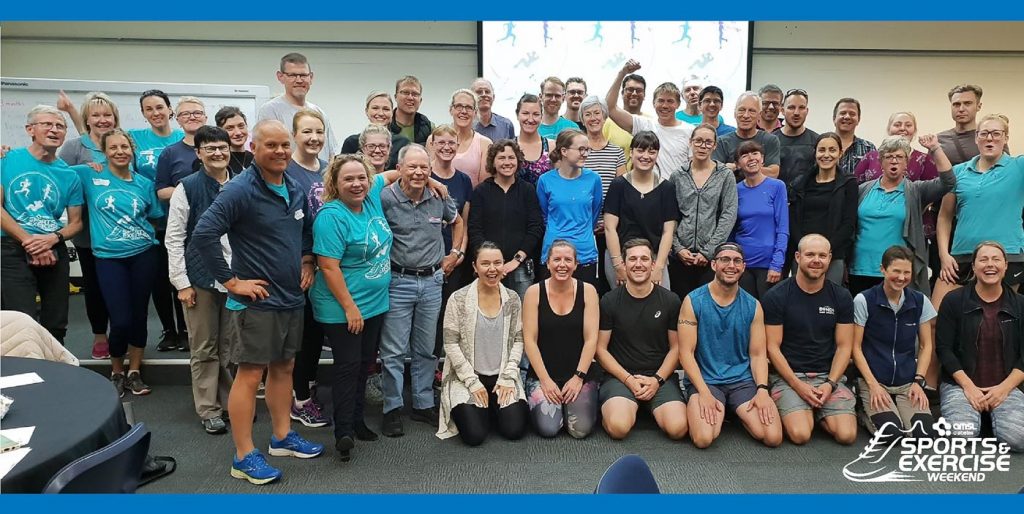 In the end we didn’t take a loopers group photo: the seven of us are scattered across the group in this photo. No we don’t look different to other people, although yes I do seem to be the tallest person in the room!

Would I do it again (or recommend others attend)?

Certainly!
Now we’ll see if I manage to do more exercise…