The food and festivities of Christmas are often a challenge for people living with diabetes (in my case: Type 1). It’s all too easy to find our BG skyrocketing after the feast. So there’s pressure to try to keep a close eye on our diabetes and control it (both through food choices and through the timely application of insulin). And at the same time there’s the sometimes-conflicting thread of “It’s only one day, I should enjoy it.”

How did my own 2020 Christmas go? Wonderful!
I ate, I drank, I enjoyed the company of friends a family, and my BGs mostly stayed within range.
And I DID NOT APPLY ANY INSULIN BOLUSES!

I did glance at my CGM (on my watch) occasionally, but my AndroidAPS closed-loop system ran smoothly in the background dosing me with insulin as required. I did declare some of the larger meals (rough guesses of carb counts) to give it a head start, but it had to detect and deal with most things by itself.

For me these days Christmas involves three consecutive days of festivities. Luckily here in Melbourne COVID lockdowns earlier in 2020 have meant that we’ve been able to spend these days with friends and family!

In the end, Christmas Day this year involved less feasting than the other two. But overall it was a busy three days. Not counting the extra carbs that “UAM” (UnAnnounced Meal) mode detected, there was an average of almost 230g carbs announced per day.

And my loop did its job quietly in the background. For which I am very thankful!

What is this black magic? 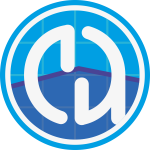 The specific components I’m using are:

But it’s not just a case of getting these components hooked up and then everything being magically fixed: there are many tuning parameters involved. and we do have to spend some time and effort understanding and tweaking things.

Starting off with the basal rates and correction factors we’re so used to in traditional pumping, but also including a bunch of loop-specific parameters. The algorithms are basically extensions of the traditional dose-and-correct pumping maths, but re-calculated every 5 minutes and with some forecasting of where the trends are leading us.

I have been using these closed-loop systems for over 3 years now, and have built up some expertise. I’ve gradually been fine-tuning my setup along the way, and I generally tweak my basal rates once or twice a month to account for my body’s changing needs.

Not just for festivities

The loop isn’t useful for just being able to “indulge”. It works for me every day. I don’t have to carefully calculate carb counts and insulin doses, or keep reacting to alarms from my CGM. It helps if I give it approximate carb announcements (usually rounding up a bit as it will auto-decay slight amounts of “uneaten” carbs) but otherwise it gets on with things by itself. I also give it announcements of exercise to help it manage: I’ve been doing a lot of exercise in the last year.

Back in September I was involved in a serious accident on my bike. I got caught up in tram tracks at high speed, and wiped out. I have no memory of the actual accident. Luckily most of the road traffic had just passed me. After my concussion I ended up being taken to hospital by ambulance for X-rays and several hours observation before being allowed to go home. I had some serious bumps and scratches, and had to replace a few broken components on my bike as well as some torn clothing/gloves/helmet, but luckily it wasn’t more serious.

My insulin pump was worn in a “running belt” under my clothes, and wasn’t disrupted. During my time in the hospital I didn’t have to do anything fancy to my system. I glanced at my watch to check my BG wasn’t out of range, but even with the stress and trauma of the accident, I stayed within 3.9-7.8 mmol/L for the entire day! According to the hospital records I was at 6.1 on admission. I didn’t need to have extra snacks, and I didn’t need to apply extra boluses.

Incidentally, I was out riding alone but my Garmin watch alerted my partner to the accident straight away. I was able to talk to her by phone before the ambulance took me away. All the technology worked that day!

This is what an insulin pump should do!

As well as giving us more flexibility in adjusting our insulin, really a good pump will help automate the job of doing the adjustments. I wrote about this in “Not your average pump” in 2017.

I am in a privileged position in that I have access to insulin, a CGM (although it’s expensive!) and the technology to put this together. And I want everyone else to be able to experience what I do! It really is a “gamechanger”. Thankfully more and more people are getting access to this (whether they buy commercial systems or build their own) and the interfaces and capabilities are continually improving.

But everyone deserves access to this level of freedom.

The original, OpenAPS usually runs on a pocket microcomputer and controls the old Medtronic Paradigm pumps (using an on-board radio). It’s fairly “techie”, needing access to Terminal windows and commands on the Unix computer. I used OpenAPS for over a year (starting in 2017).

AndroidAPS implements the OpenAPS algorithm but within a fully-featured Android app (no terminal access required) and can control a range of Bluetooth-equipped insulin pumps (as well as the Paradigms via a Bluetooth/RF gateway such as a RileyLink). I have been using AndroidAPS since mid-2018. 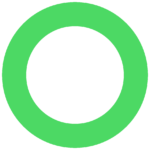 Loop runs on iPhones, and at the moment can only control the Paradigm pumps (using a RileyLink/etc). It can also control OmniPod Eros pumps, but those are not available in Australia.

The Medtronic 670G, 770G, and upcoming 780G pumps are commercial devices that try to do this too. For many people they’re much better than the tools they’ve previously had, although I’ve found that for me they’re neither as capable or flexible as what I get with AndroidAPS.

Tandem’s Control-IQ is a software upgrade that’s coming for the t:slim X2 pump. Feedback from users overseas is on the whole quite positive, although it does still have some drawbacks compared to AndroidAPS.

There are a few more (such as CamAPS FX and Diabeloop) available in Europe. Manufacturers like Ypsomed know that this is the way of the future, and have announced they have their own systems coming (such as “MyLife Loop“). However we don’t know any actual dates or feature lists for most of them. One day… 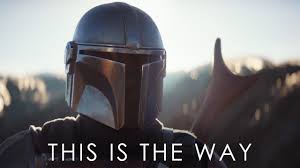 The way of the future (or the present!)

3 thoughts on “Christmas on a no-bolus loop”