Recently I posted an analysis of the behaviour of various AAA batteries in my insulin pump. Second instances of some battery models have been completed, so we get a chance to review the initial conclusions.

Here’s the graph with just the duplicated battery types: 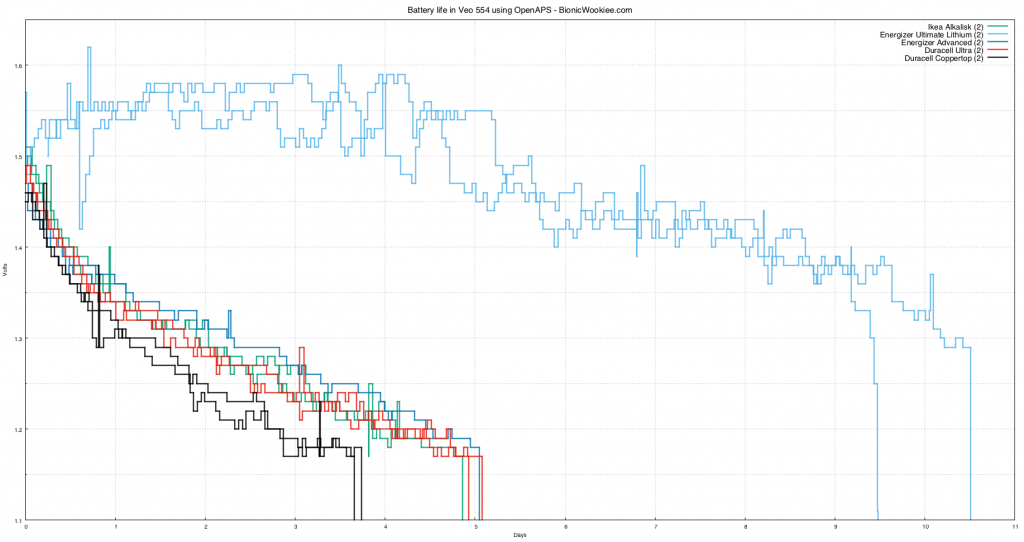 That’s still quite busy, so next we’ll look at just the Energizer Ultimate Lithium traces: 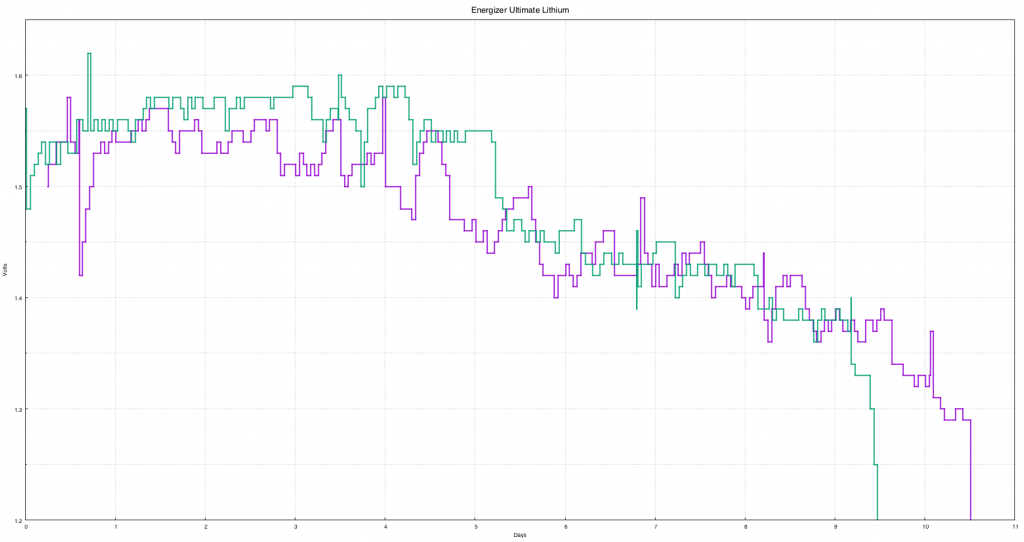 The green trace is the second battery. I previously observed that the voltage of the lithium batteries is affected by temperature, which explains the general “lumpiness” of the curves. The original purple trace didn’t start at 0 days as voltage measurement was only established some hours after the battery was inserted, but the timeline should be accurate.

You’ve probably noticed that the second battery died almost a full day earlier than the first. This could be related to the higher voltage earlier on. But I’m going to leave it until I get more example batteries run through before I start trying to infer more detail. For now I will revise the estimated life of this battery model to “9-10 days”.

Now for another battery type: 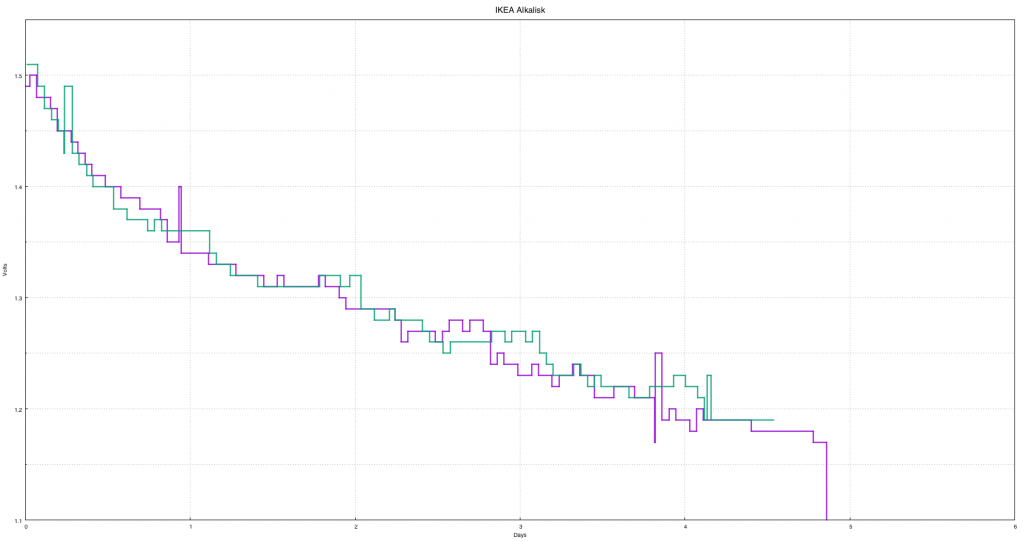 The IKEA Alkalisk battery followed its previous curve quite closely. This one didn’t run to completion because diagnosing a radio communication problem with my OpenAPS rig meant I swapped out the pump battery to ensure that was not causing the issue. But it seemed on track to be close to the previous result. 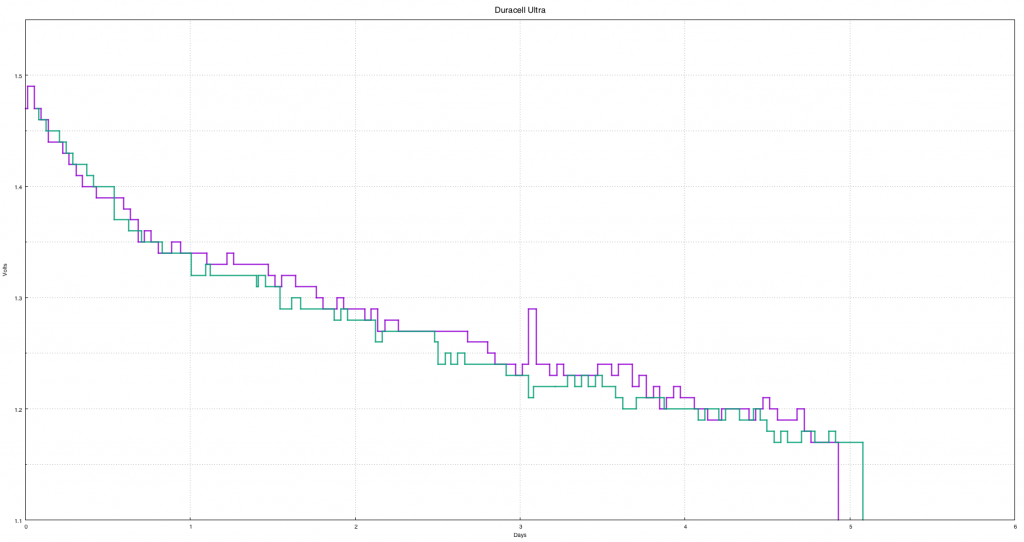 The Duracell Ultra again seemed to validate the previous result. The same goes for the Duracell Coppertop: 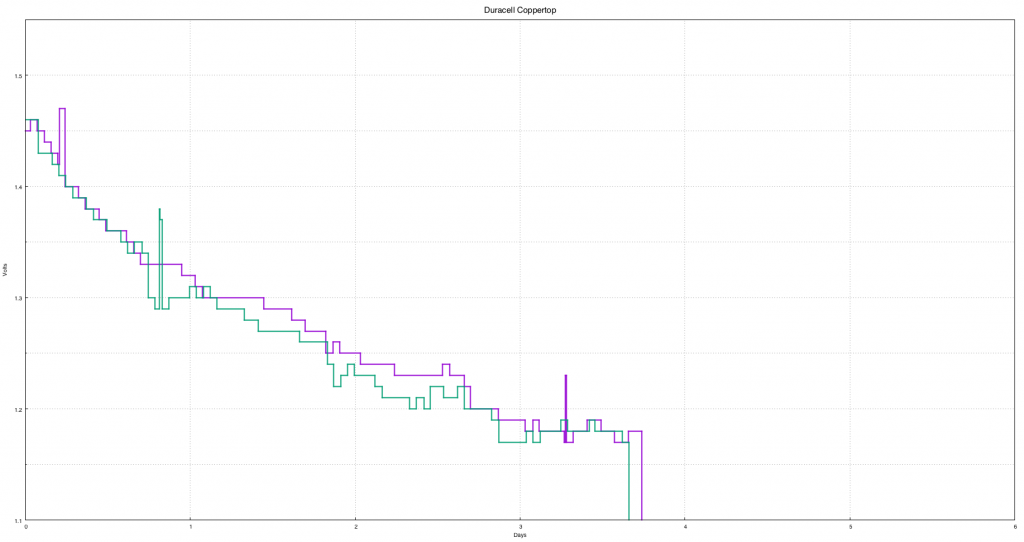 The lithium battery showed a significantly different result from the first example. The general graph shape was similar, but the lifespan differed by ~10%. All the alkalines tested so far have produced consistent results so far, but we already knew the alkaline batteries were more consistent than the lithiums!

More results will show up over time. There are a few more alkaline batteries to work through before I return to another lithium battery.