If you’ve been reading this blog for a while, you’ll probably have noticed that I’ve been quite pleased with my health.

A change for the better, several years ago

Before 2016/2017 my health didn’t get quite as much attention. Probably more than many people who don’t have diabetes, but still not a lot. A bunch of things changed in 2016/2017, including getting Libre, then later CGM, followed by implementing my first closed-loop insulin pump system.

Not that my health was bad overall, but like many other people in some ways I drifted through life. Living with diabetes was routine, and I kept my glucose levels in vague check without too many emergencies. But I did no regular exercise. I gradually put on weight. I had a busy work and family life, and did lots of exciting things.

Before 2016, the outcomes of my endocrinologist appointments (several times a year, although with a big gap during my 20s) were somewhat of a surprise each time. I didn’t really know what the doc was going to say, and I had no expectation of what my blood tests/etc would show (or really meant). For example with only fingerprick BG readings at home, the HbA1c result was always a bit of a surprise. And correspondingly sometimes it was difficult to apply the things I discussed with my endo into actual practice. When I got access to Libre/CGM data, a whole new world of understanding opened up. 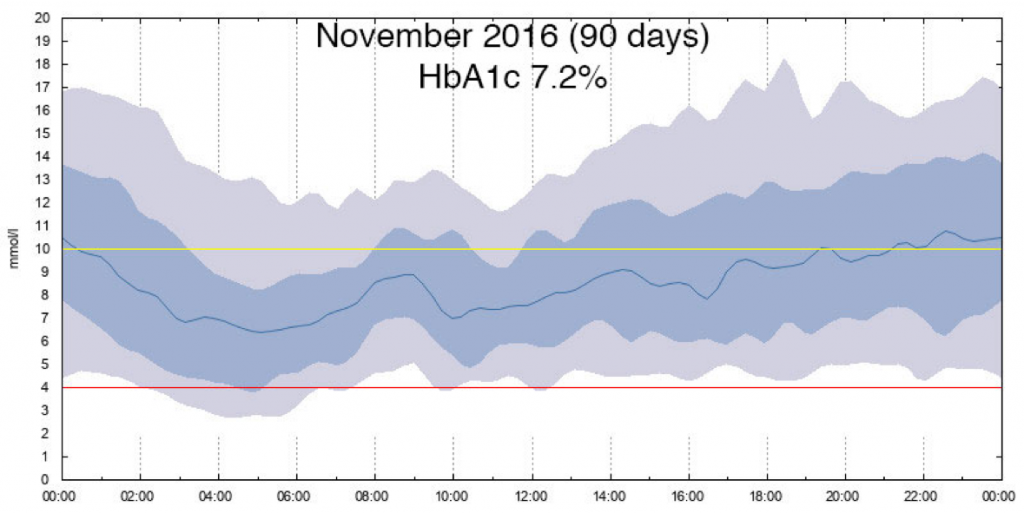 In 2017 I started this blog and had both my 35th anniversary of having T1D, and my 50th birthday.

Being able to customise and apply technology to my diabetes has been a key enabler in this. I’m sure I would not be as healthy as I am without the shared knowledge and resources of the #WeAreNotWaiting community!

My health has continued to improve. My glycaemia profile has improved to where some doctors have referred to it as almost being that of someone without diabetes. With the changes in diet and exercise, all of those things have come together to mean I’m healthier overall. Friends have commented that I’m looking fitter too.

My blood test lipid profile (cholesterol/etc) has always been something that didn’t alarm my doctors. It gets checked several times a year along with lots of other markers. I’ve not been seen as “high risk”. A recent “calcium plaque score” test result came in with a low score (so not high CVD risk).

So life is good, right?

I’ve been very content, but I’ve always known in the back of my mind to not take things for granted. Back in 2018 in my annual “diaversary” post I wrote about The shadow in the background:

I’m […] very happy at the moment with the tools I’ve been able to use to help manage my diabetes. They’re helping me reduce the odds of developing other health complications. But like with all health issues there are no guarantees, and there’s always a chance we’ll be struck down with an issue we weren’t expecting. All I can do is keep myself as healthy as possible, and see what comes.

And yet here we are. Without exhibiting any symptoms, and without being seen as an “at risk patient”, at the age of 52 I have been diagnosed with atheroschlerosis, with narrowing in one of the arteries feeding my heart muscle. I have heart surgery (angioplasty) looming in my near future. 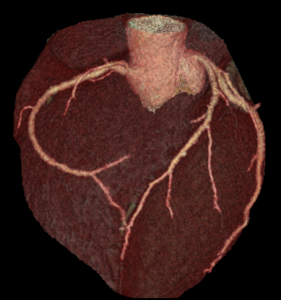 I haven’t had a heart attack. The issue was discovered through a “stress ECG” test requested by a GP, which then noted a perturbation in the trace under high exercise. Further tests after that isolated the issue. Incidentally I last had a stress ECG test in 2012, which found no issues.

Bang! A big reminder of one’s mortality. It feels quite strange in the context of my recent general sense of well-being. And yet as I said last year: good health is not a guarantee. Whether the issues developed recently or whether they’ve been hanging around is unknown. And in the end it doesn’t matter.

Heart disease is an under-diagnosed condition. The way it’s often diagnosed is via a catastrophic event. Statistically, probably more so in people who’ve had diabetes for a long time. I can think of two possible reasons for that: via elevated glucose levels causing glycation of LDL which then contributes to atheroschlerosis, and via dampened nerve responses delaying symptoms.

But to me it’s not a “diabetes complication”, just a health complication that’s concurrent with my diabetes.

Diabetes tech hasn’t got in the way 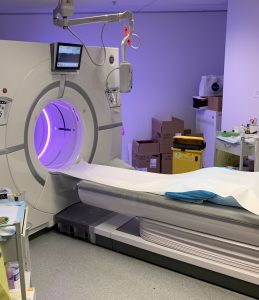 In dealing with the CT scans involved in my diagnosis, my diabetes was a non-issue. I did have to fast prior to the tests, but my loop kept me stable during the fasting and all through the procedure (just like last time). I didn’t know beforehand if I was going to be able to keep my CGM sensor on (but had a backup plan ready for that) but in the end that was a non-issue.

I’m looking forward to my CGM and loop making everyone’s lives easier by keeping my BG on track during the upcoming procedures.

So, my seasonal messages for you all:

Treat every day as precious!
Don’t take your health for granted.

Don’t just assume you’re “safe” because you’re “low risk”.
Actually get things checked on a regular basis. Talk to your doctors about the regularity: the details will depend on many factors including age, but don’t just drift on in complacent hope.

3 thoughts on “Take nothing for granted”