I’ve been an iPhone user for decades now, but since 2017 I’ve also carried an Android device as part of my diabetes management. I tend to refer to it as my “pancreas phone”. There are a few features I look for in these:

Which features are important to you will be a personal decision of course.

This article is not an exhaustive list of suitable phones, and not advice that you should use one of these particular phones. But questions keep coming up about these phones in community forums, so it’s an attempt to summarize relevant information about them. The options for these phones keep developing over the years as new models appear. 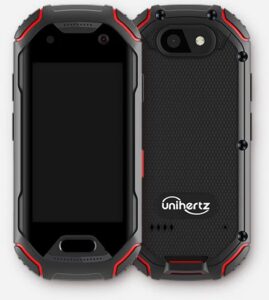 For some time I used a Unihertz Atom. Originally this ran Android 8.1, but was upgraded to 9.0. The Atom is a tiny but chunky phone (with a 2.45-inch screen). This means that interacting with the keyboard (occasionally needed even for inputting numbers) requires careful tapping. The Atom’s fingerprint sensor on the home button is very convenient for unlocking the phone.

But it is small and it’s rugged. I’ve submerged mine in water a few times without ensuing disaster. Back at Easter 2022 I was using one along with DASH pods for a fully-waterproof AID setup on a boating trip.

I found the Bluetooth performance improved with the Android 9 upgrade, but even so it still occasionally benefits from a reboot to reset everything.

The Unihertz phones have also included the earlier Jelly, the Jelly 2, and the larger and heavier Atom L/XL. I know others who have used these as “pancreas phones” successfully, but I never went down that path.

This manufacturer has a lot of full-sized phones, but in 2019 brought out their first interesting smaller model. Compared to larger shop-front Android phones they’ve been relatively cheap (AU$140-200) although they usually take a few weeks to be delivered from China (usually bought via AliExpress).

They’re also interesting because they run fairly “plain” Android. Some manufacturers put a lot of customised things in, and especially customised battery management can be a problem with diabetes apps that need to stay running all the time.  The one extra thing I do on a Cubot phone that I don’t have to on a Google phone is to disable DuraSpeed in the Settings app.

In 2022 they’ve introduced a slew of new models, so this article is a bit of an overview.

It’s worth noting that none of these phones so far have 5G radios, only 2G/3G/4G. That’s not really an issue though, as the data connections we use are fairly low-volume. In fact some people use them for WiFi-only connectivity (where the apps upload buffered data to network servers only occasionally).

Where it might come into play is if you were in an area that only had 5G coverage: you’d essentially be in a black spot. In fact various 4G bands are used in different places around the country, so if a phone doesn’t implement every 4G band then connectivity could be spotty in some areas. Anyone travelling to the USA should note that the phones do not have bands compatible with most US networks.

This small phone (which we tend to abbreviate to “KKM“) had a 4-inch screen, ran Android 9.0, but its battery sometimes struggled to last a full day. I’m not aware of many Australian T1Ders using them.

It’s a subtle black metal&plastic case, with your choice of either red or orange/yellow highlights on the front. The phone supports Bluetooth 4.2. 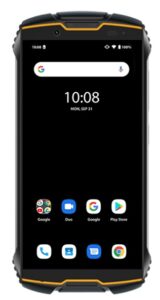 In late 2020 they updated the phone to create the KingKong Mini 2 (“KKM2“). Externally the phone looks identical to the KKM, but had some significant upgrades:

The 4G bands of the KKM2 are identical to the KKM. I have so far noticed no problems using these on the Optus or Telstra networks in eastern Australia.

In early 2021 I wrote about the KKM2 in “A new pancreas phone“. It worked well for me for a long time, and even now is the emergency backup phone in my BOB, configured and ready to go.

However while it was advertised as “rugged”, it certainly wasn’t waterproof even though the advertising said “waterproof for common liquid like rain, coffee, and tea”. I know a few people whose kids use KKM2s to manage their insulin pumps and found out the hard way that the KKM2 does not survive jumps into pools.

I also occasionally had frustrating experiences with mine’s Bluetooth refusing to pair with particular Dexcom transmitters (and several times I had to switch to a larger backup phone to get working again). Partly I blame this on Android 10’s Bluetooth implementation, but luckily some of these issues seem to have been worked around in later app updates. 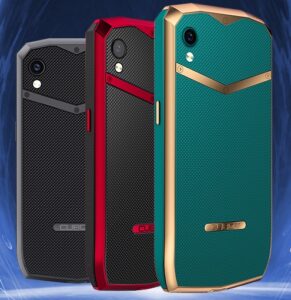 In June 2022 they launched the Pocket. Available in 3 colours but with the same display panel as the KKM2, it had a number of upgrades:

It’s not billed as rugged or waterproof.

Although the specifications say it has a similar thickness to the KKM/KKM2, because it’s flat and maintains that thickness most of the way across, it feels “chunkier”. The KKM/KKM2 only reach that maximum thickness in the middle of the body.

This phone has been a solid performer for people using xDrip+, CamAPS, AndroidAPS, BYODA, etc. Some people are using it as both their normal “phone phone” as well as their “pancreas phone”. 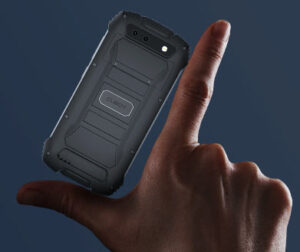 Then in August 2022 the “KKM2 Pro” came out. Exactly the same shape as the KKM2, but with significant improvements:

The 4G bands of the KKM2 Pro are identical to the KKM/KKM2.

Again, a solid performer for people using software like xDrip+, AndroidAPS, CamAPS, and BYODA. This has now been my main “pancreas phone” for a while.

In October 2022 Cubot launched the KKM3. This is a bit of a redesign in the same family. But although it’s newer, for some people it might not have enough advantages over the KKM2 Pro. Features include:

The KKM3 supports the same 4G bands as the Pocket.

This does looks like an interesting device, but the first units have not yet arrived in Australia so we don’t have first-hand experience yet. 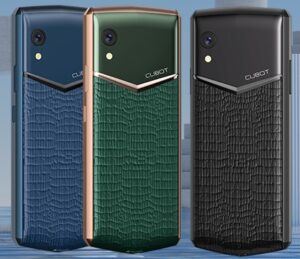 I don’t know what happened to a “Pocket 2”, but at the start of November 2022 Cubot launched the Pocket 3.

This seems to have identical internals to the KKM3, just with different external styling (again, a choice of 3 colours) and without a rugged/waterproof claim.

Which one to get?

If asked for a recommendation on which phone to get for a “pancreas”, I’d have to say the KKM2 Pro is a known and solid performer.

The KKM2 is looking a little long in the tooth now. If I was using one I wouldn’t necessarily upgrade just because newer models exist, but I probably wouldn’t choose to purchase one now.

Of course there are other options too. Many people use Samsung, Google, Motorola, and other Android phones of various models. But the Cubot ones are relatively inexpensive as well as fairly robust, which does make it easier to justify having an emergency backup in the cupboard for disaster management.